A group of private security personnel have been deployed to protect end SARS protesters in Kaduna state Nigeria.

This move was made to protect protesters because of the recent attacks carried out by some non protesters and thugs,in some part of the country, to disrupt the peaceful protest organized by the youths.

The protesters demand a total #Endtosar,police brutality,end to banditry and all forms of insecurity in the state and the country at large.

They also  demand the prosecution of all policemen involved in killing and abuse of citizens, and total reform of the police 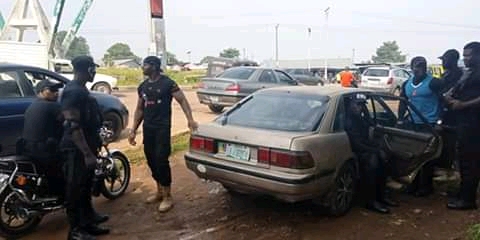 In Case You Missed This